Homemaking Mondays: Obedient To Your Own Husbands 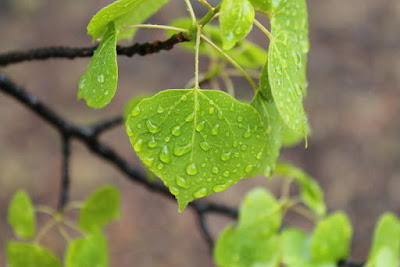 Today I'd lik to share with you about being obedient to your own husbands.

Titus 2:5
"To be discreet, chaste, keepers at home, good, obedient to their own husbands, that the word of God be not blasphemed."


This isn't talked about much in the world today.  Mostly it's partnerships, and being equal.
Pride says I don't want to be obedient! but to do what is right in our own eyes.
Does having your own role and being subject to your husband mean
that you're of lesser value then he? No.
Pride says...I'm my own boss.  It sets one up as a god....calling the shots.
Feminism has infiltrated the very basis of marriages as well.
Feminism sets up women as superior to men.
You think that's far fetched?  I don't.

I have read many times in homemaking blogs, and heard in conversations among women, that woman are just as good or better at making decisions around the home/ finances so the men just need to move aside and let them do it.  Then we tell them what we want, and they pay for it.
Yes, there are areas that we as women have room for making decisions...and in each marriage that needs to be decided between the husband and the wife.
We are not to "tell" our husbands anything.
That is disrespectful to them and their place in the home and marriage.
We're not in charge of them.
In fact we are to be subject to them...yes submissive, & yes obedient.
We were made a help meet for them, not them for us.

Genesis 2:18
"And the LORD God said, It is not good that the man should be alone; I will make him an help meet for him."
What does obedience mean?

OBE'DIENCE, noun [Latin obedientia.]- Webster's 1828 Dictionary
Compliance with a command, prohibition or known law and rule of duty prescribed; the performance of what is required or enjoined by authority, or the abstaining from what is prohibited, in compliance with the command or prohibition. To constitute obedience the act or forbearance to act must be in submission to authority; the command must be known to the person, and his compliance must be in consequence of it, or it is not obedience obedience is not synonymous with obsequiousness; the latter often implying meanness or servility, and obedience being merely a proper submission to authority. That which duty requires implies dignity of conduct rather than servility. obedience may be voluntary or involuntary. Voluntary obedience alone can be acceptable to God.
As the head of the home he is in charge, and we are subject to our husbands.
Does this mean they're the king and tell us what to do and how to do it?  No. They do have the right to ask us to do things (and yes even in a certain way).  We don't need to always want to  or like to do what they ask, but we need to follow through and do it.
They don't just sit around while we do everything.
They have their own role and responsibilities.
We are to obey our husbands with love as unto the Lord.
Obedience is part of submission in the home, and it's a beautiful thing.
There is peace when there is order, and order in our place in the home is just as important as order in the cleanliness of our homes.
When there is a question, go to your husband, give your input and then leave it for him to decide.  Each family will be different, as each couple will have decidedly different areas of responsibility of decision making.  For example, some husbands would rather their wives pay the bills as they come in.  Perhaps the husband will want to make the decisions on what the activities the kids are involved in.

Above all we need to realize that obedience in the home is natural and normal. The wife toward her husband and the children toward their parents.   The world rebells against submission and obedience.  Let us women give our children and those that are around our families the example of what God has ordained...not what the world finds socially acceptable.