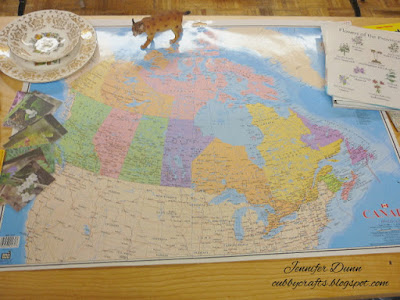 With so many homeschool curriculums, Canada studies seem to be a bit well...boring and technical.
I wanted Canada to come alive to my kids and be fun.  Something that they'd remember.

So I thought...how about a road trip?

SO this is what we did.  We did an imaginary road trip across Canada and learned about the places we'd see and learn about as we went.
My youngest son for his Social Studies course made a binder of pictures from each place and wrote about the things he learned, and found interesting.

SO here is our road trip... buckle up and come along! 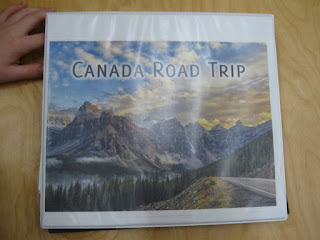 We started out by talking about Canada in general.  So how many parts of Canada are there?
10 Provinces and 3 Territories 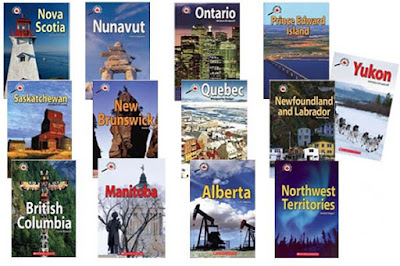 We have this series of Canada Close Up books, and they're fantastic! 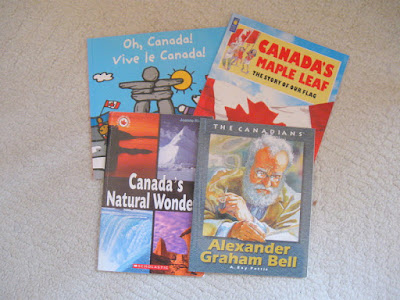 We did a bit of a game with the flowers for each part of Canada. 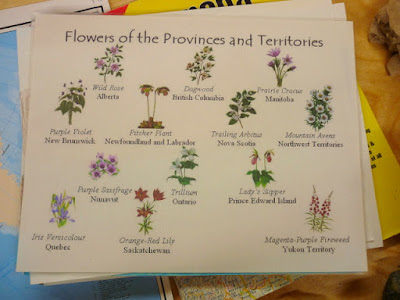 Then we hit the road.
First we visited the Yukon....the territory in which we live. 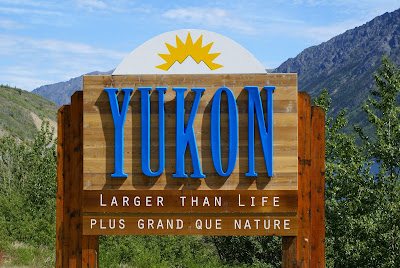 We read a ton of books! 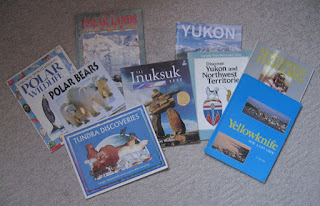 As we read we talked about the animals, where they are around the territory,
Right were we live in the Yukon we see bears, moose, foxes, wolves, otters, squirrels, ravens, eagles, (hear) great horned owls, and many different kinds of smaller birds.
What land formations we would see in different areas?
There are mountains, forests, alpine treeless areas up the Dempster Highway ( the barren lands), shorelines along the Arctic Ocean.
There are lots of rivers, lakes, and marshes.  We also learned about the muskeg, which is like a floating land of moss and small trees that you can fall through into deep water.  A very dangerous area to tread. 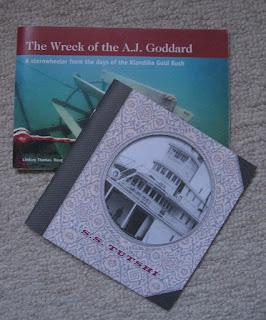 We talked about old ships.  The AJ Goddard was sunk in Lake LeBarge, and the Tutshi is partly re-assembled in Carcross where you can walk about and see how big it was.
We also have visited the SS Klondike in Whitehorse and walked through it's chambers seeing what it looked like when it was in operation. 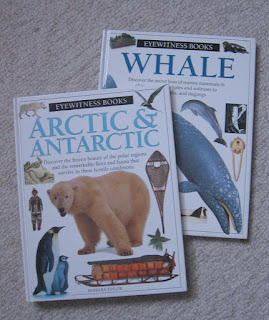 We learned about the animals that live around here, and pondered what we would see as we traveled the Yukon.

Now here comes an interesting part.  There are actually few roads in the Yukon.  One major highway leads from the south and leaves to the west....the Alaska Highway.  Then there is the South Klondike Highway that branches off of the Alaska Highway heading for Skagway Alaska.  The North Klondike Highway leading north through Dawson city then to Alaska, and the Dempster Highway. 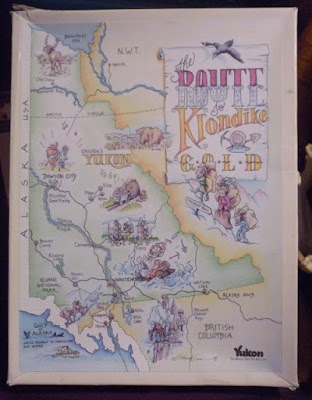 We found this puzzle map very entertaining to put together.

We also learned more about the gold rush and the Chilkoot Trail.

Then comes the Northwest Territories.
There is only one major highway heading into this territory.
The Mackenzie Highway...and you would see this beside the road as you entered. 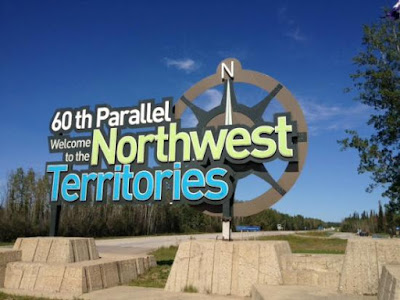 The road is long and flat.  Lots of trees and if  you get out in the summer...look out for the swarms of black flies and mosquitos...and quickly close the door going in and out of your vehicle. :)

Then up into the Canadian Shield you go before getting to Yellowknife, the capital of the N.W.T.
SO many great places to see there...and since I grew up there, I shared some of my favourite places to see.  Including Old Town, with Pilot's Monument, and the boat  houses, and float planes.  Plus one of the coolest little general stores you'll ever see.  Weaver and Devour...we used to get our mail there and shop for winter clothing.

We talked about how if you want to get to most of the communities there you can either fly...often in a little plane....or take an ice road in the winter time.

The Northwest Territories has the same kind of animals here, but not as many moose.  There are huge areas here that are just plain wild.  Uninhabited by people.
We learned about Nahanni National Park. It's very remote, and no roads go there...
we'd park and fly! 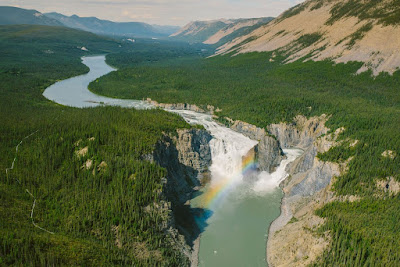 Next we visited Nunavut...Canada's newest Territory.
There was no special road sign to see as you entered this territory, because there are no roads that lead to Nunavut!  You have to fly here or take a boat.  It is mostly in the arctic and barren land areas.
Iqaluit is the capital and a cool place to visit. 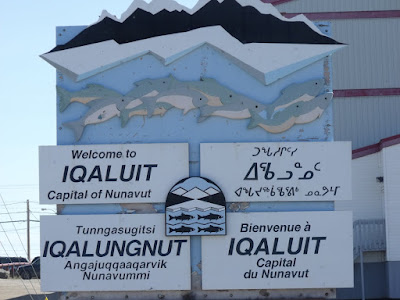 We learned about their special dog sled teams (which are different than the ones they use in the Yukon.).  These dog sled teams spread out when running across the ice, which makes it much safer as it distributes the weight.  We learned about igloos and how they were built.  We talked about ice fishing and how the inuit people hunted seals through breathing holes in the ice...as do the polar bears.

We learned how all across the northern parts of these territories they use a special creation to navigate and leave messages for others.
Inuksuks.

Then when we joined with our homeschool friends we made some of our own.

We also made bannock which is a staple among many who live in these territories.
Had cranberry jam on top of it.  Yum!

Thanks for joining us!

Email ThisBlogThis!Share to TwitterShare to FacebookShare to Pinterest
Labels: Homeschooling

Thanks, Jennifer, for the road trip! It was great learning about your area since we've only lived in Canada (PEI) for almost 9 years and are soon going back to the US. And it's a lot different on the east coast. :-)

Lauren @ My Wonderfully Made said...

Well you certainly made Canada come alive for ME! How fun - what a creative mom/teacher you are!! You're kids better appreciate you!! (Someday they will if they don't already!) I loved seeing and hearing about places my daughters have been. They've hiked and led hikes so many times on the Chilkoot and are actually doing some very fun presentations on the ships they're working on now about the Gold Rush and Edible Plants. They both work for Uncruise now. Thanks for sharing all of this fun information with us!

I've never been to the far north territories in Canada, and you have brought them alive with your roadtrip! What a great way to learn about the country. My parents took us all across Canada on a real road trip for the Centennial year 1967. We travelled from Ontario to Vancouver by car (no seatbelts, no a/c, no electronics). I was 5 years old. I still remember seeing the old totem poles in Vancouver and the wonderful feeling they gave me. We drove back through the US and then all the way through the Maritime provinces before arriving back home. It was quite an adventure, and I'm so thankful my parents did that for us.
Wendy